There is a problem with some input devices where the audio in the stream seems heavily distorted or "over-modulated" in Streamsie. One device that seems to have this problem is the Hauppauge Live2USB analog capture device, but it can also be experienced in other analog and digital capture devices. The problem is caused by the input volume being set too high in the Streamsie input settings.
There are two audio settings for each channel in Streamsie. There is an input channel and an output channel for each input (A and B). The slider seen in the Streamsie user interface is actually the output volume, which is the output after the source has been encoded. There is, however, also an input volume that is presented to the encoder before it is encoded. This is the volume that causes the problem with the audio.
In order to adjust the input volume for a particular input, first click the wrench icon next to the drop down menu for the audio input selection on the desired input. 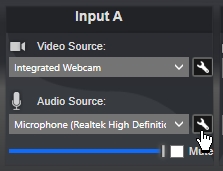 In the dialog box that comes up when you click the wrench icon, reduce the Pin Line Input Mix volume down as shown below. You will also see the Master Input Mix drop along with it. 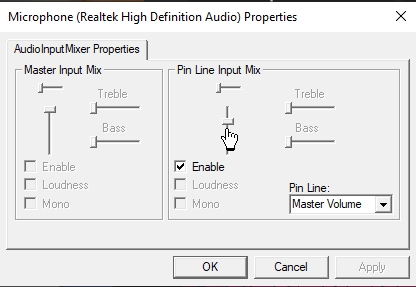 Once you have performed this function, please check the stream and/or recording to verify that the audio levels are where you want them and that the audio sounds as it should.